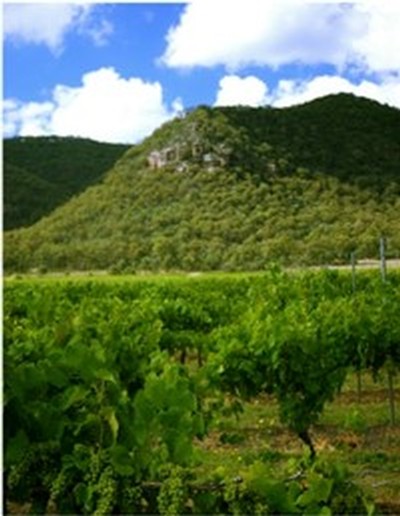 The report in January mentioned harvest of Blanc de Blancs, Semillon and Verdelho. The Blanc de Blancs, Benjamin Semillon, Jessica Verdelho, Stephanie Pinot Gris, and Veronica Rose were bottled in April, and look to be a step up on what we have produced before. Watch for results of the first wine shows in June.

As an eternal optimist, I am sticking my neck out for a few gold medals.

Gartelmann Sarah Elizabeth Chardonnay: This wine from Orange had nearly identical analysis figures to the 2016 vintage, so we can expect a very similar wine. But there is a trend that the 2017 vintage has produced better wines than the 2016, and we could be in for a nice surprise.

Gartelmann Lisa Chardonnay: This is our first ‘Super’ chardonnay, to be released next year as part of our Gartelmann Reserve range. We had to find a new name. Lisa was my favourite aunt, much loved, and a stunning person. Have a look 'The Family' on our web page.

The fruit comes from a vineyard at 910m elevation, hand picked, fruit intake shows intense flavours and a great well balanced acid. This wine will be subject to a whole range of processing options, including malolactic fermentation to make a completely new style of wine for Gartelmann. The first tasting was stunning.

Gartelmann Diedrich Shiraz: The planned Orange Shiraz succumbed to difficult conditions and rain in the Orange region, and could not be picked. We got a surprise with the quality of a parcel from a new vineyard in Pokolbin harvested 14 February, intended for the Wilhelm shiraz, and this has become the 2017 Gartelmann Diedrich shiraz. We are quite excited to be able to move our icon shiraz back to the Hunter valley.

Gartelmann Jesse Shiraz: After a warmer and drier January and February, things looked pretty good, with a dry and milder part earlier in March. We harvetsted on 13 March, and had outstanding results, with good sugar levels, and also outstanding pH and Total Acid. The analysis shows that the wine is on a par with the highly awarded 2014 and 2015 Jesse Shiraz.

Gartelmann Joey Merlot: We had to find a new vineyard, the previous one was taken over by another company. The soil on this vineyard north east of Molong has more red clay, and could provide us with a pleasant surprise. After a warmer and drier January and February, things looked pretty good, with a dry and milder part earlier in March. We harvetsted on 7 April, The initial tasting on 2 May was before it finished malolactic fermentation, so taste is still a bit uncertain, but definitely
looks good.

Gartelmann Georg Petit Verdot: We have decided to name this wine after my maternal grandfather Georg Meyer. My name JORG is a derivative of the german Georg. He was a very successful fighter pilot in the first world war, finishing up as Germany’s No.10 air ace. A bit of a wild lad, and we heard fabulous stories about him. Have a look at the 'The Family' page and scroll down until you find Georg.

Despite the adverse conditions in the Central Ranges, this wine from Rylstone came in on 30 March with ripeness above the higly awarded 2015 Petit Verdot. Good news!

Gartelmann Jonathan Cabernet Sauvignon: There won’t be any from the 2017 Vintage. The Cabernet from our favourite vineyard succumbed to rain & more rain in the central ranges, and we decided not to make a wine if we could not maintain the quality we aimed for.

Gartelmann Phillip Alexander Cabernet Merlot: The Merlot component was harvested on 30 March, and finished up with a lovely rich 14.75% alcohol, and great flavours. We are still looking at options for the Cabenet component. For club members lucky enough to score a booking at the 2017 Barrel tasting to be held in November, you will be able to judge for yourself.

Commenting has been turned off.